MAZES OF THE PAST

Amaizing Mazes of past years!

(2019 and before are from our former location The Corn Maze in the Plains, VA) 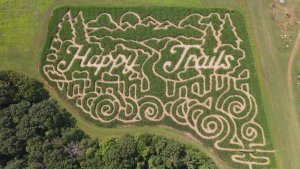 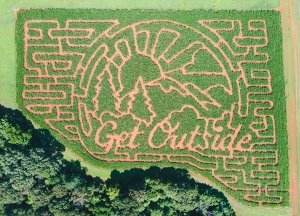 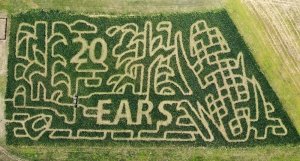 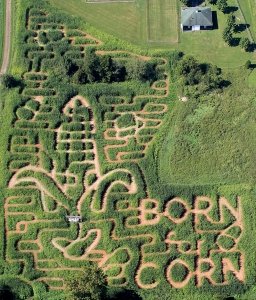 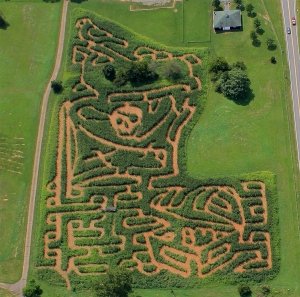 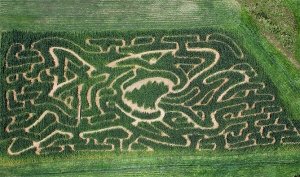 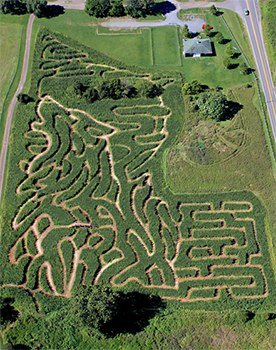 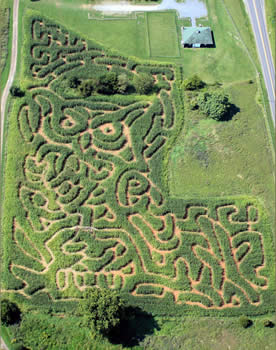 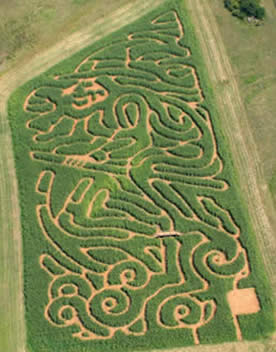 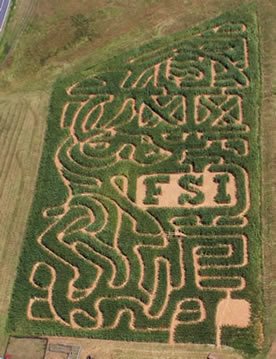 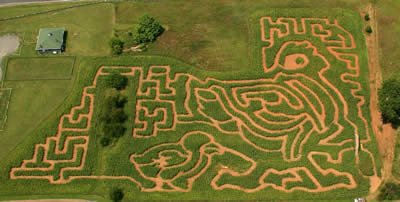 2010 Why Did the Chicken Cross the Road
We have many answers to this one. But it really comes down to the fact, that we just love chickens and there is nothing like a farm fresh egg. Bawk bawk bawk!

2009 Buy fresh Buy Local
There is nothing like fresh veggies right out of the garden.
We wanted to celebrate and support “Going Local”. 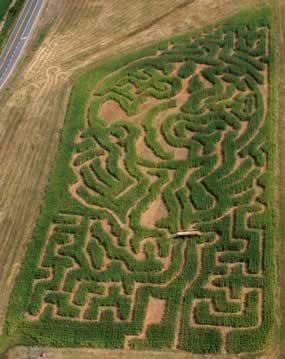 Our A-maizing Earth! 2008
We wanted to honor our a~mazing planet we call home.
What a miracle to be spinning through space!

Horsin’ Around 2007
The 2007 design honored the beloved horse, they are just cool creatures. It was one of our favorite designs. Are you stable? 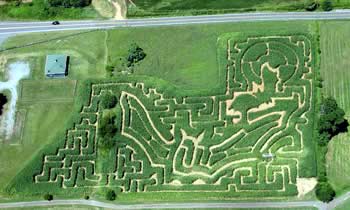 Bat-titude 2006
The 2006 design celebrated bats and their ecological importance.
Do you suffer from a bat-titude? 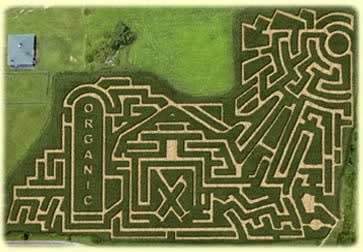 Barn to be Wild 2005
The 2005 design promoted healthy eating through organic farming. 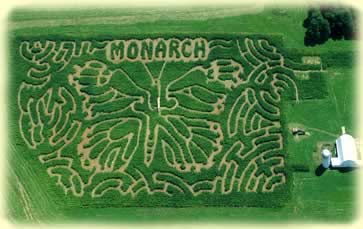 Monarch Madness 2004
The 2004 design celebrated the wonderful life cycle of the migratory Monarch butterfly. This is likely the prettiest maze we have done. 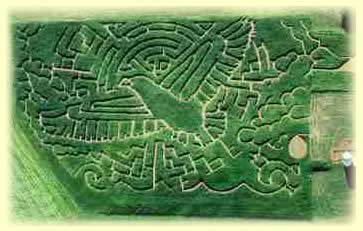 2003 Fly with Freedom!
The 2003 design showed the majestic Bald Eagle in flight, the symbol of our nation’s freedom. 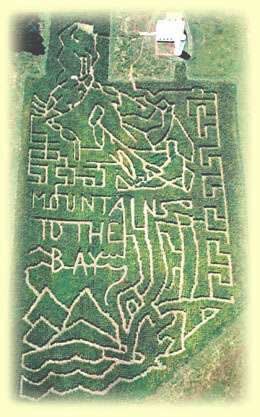 2002 From the Mountains to the Bay
showed off our wonderful state of Virginia, with a bear, a crab, mountains and ocean waves. The image was pretty on paper but didn’t turn out so well in the field. Still a hard maze that was a lot of fun.

2001 Bee A-Maized!
The 2001 maze design was a beehive and a bee
collecting nectar from a flower. 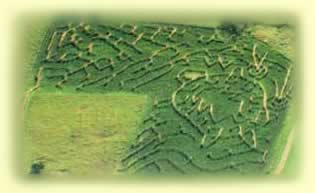 Our 1st year- 2000: Turtle Island
We learned a lot this year. Kate and I planned on cutting the maze around the 4th of July, figuring knee high. Well the fresh field, and rains made the corn 6ft tall July 6th. We tried cutting the maze as accurately as we could, but as you can see it is not so pretty. Our friend Joey helped cut this maze, and and it still took many days. If I remember correctly we laughed and we cried. The tall corn made for a lot harder work.

Thanks for visiting and come see us next year!

Family fun on the farm at the corn maze and pumpkin patch!

There are no upcoming events.

View Calendar
Get Tickets
FIND US